I just got a letter from Continental, dated a week after the emergency landing in Bismarck.

It begins "Thank you for your patience and cooperation during the diversion of flight 1881..." and thanks me three times for my cooperation. And my patience, understanding, and support.

It reports the obvious-to-us-aboard news that after an emergency landing was declared, we were "cleared for landing and arrived without incident."

It expresses appreciation for the assistance given by Northwest Airlines' employees and stiffly relates "The reports indicate that pizza and beverages were served while customers were reaccommodated on alternate flights."

Continental "regret[s] that this situation occurred." But Continental's letter is so long and so stiff that it serves only to highlight the absence of the most obvious (yet missing) sentence: "We're sorry for the inconvenience."

The letter would have been more accurately signed by their attornies ("The Law Firm of Dewey, Cover, Butz & Howe"), not the director of customer care.

But there's a $200 certificate attached to the letter, so I'm okay with it.

Posted by Bob Pritchett at 10:38 AM | TrackBack 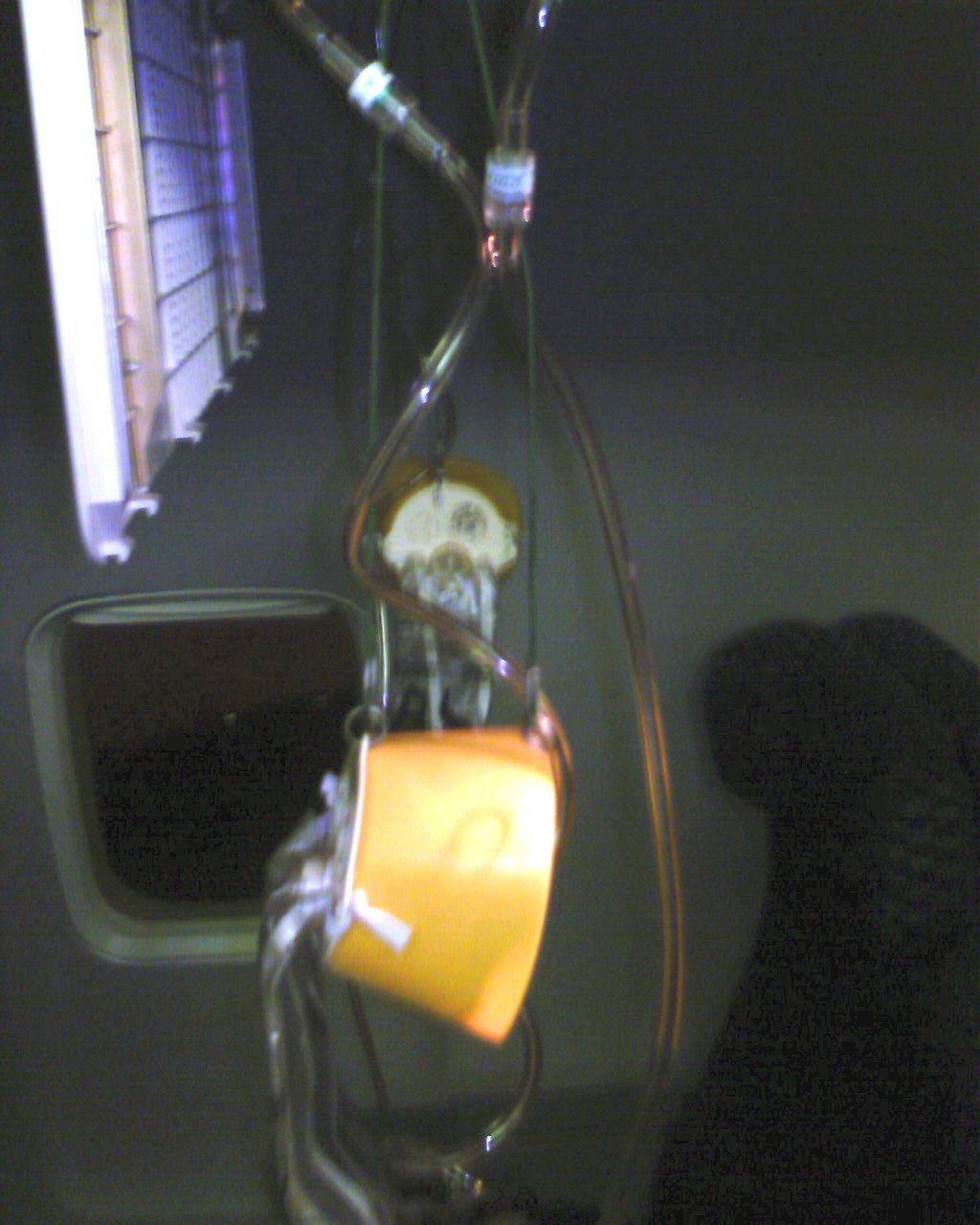 Last night, half-way through a twice-delayed cross-country flight on Continental, my ears popped suddenly. I felt a rush of cold air at my feet, and as I yawned to equalize the pressure I looked around and saw the other passengers yawning and holding their ears.

Seconds later overhead panels dropped and the yellow oxygen masks, so familiar from the pre-flight safety briefings, appeared above our heads. Probably because there was nothing scary -- no turbulence, no smoke or flaming engine -- my first thought wasn't fear but rather annoyance. Once I saw those masks, and that they aren’t something you push a button to retract, I knew that plane wasn’t going to be taking me home.

(Tip for future reference: You really have to pull hard to snap the mask off the cord that keeps it above head level. Really hard.)

We'd lost cabin pressure for an unknown reason. The pilot took us down to a lower altitude and then landed safely in Bismarck, North Dakota, after an hour of pretty tense flying.

It was after 11 pm, and the airport had already had its last departure. But when we unloaded a plane full of tired, frustrated travelers, the skeleton crew at Northwest Airlines was already working to arrange transportation and lodging for more than 100 passengers. And when Continental decided to fly a new plane in from Houston, to pick us up and continue on to Seattle, the staff rallied to organize snacks, order pizzas, and arrange hotels for people who wanted to stay overnight. TSA screeners and other employees were called back in, and everybody stayed till after 3 am getting us moved to the new plane and safely back in the air.

We landed a whole lot of inconvenience on Northwest and the Bismarck Airport staff, but they were pleasant and cheerful and went out of their way to be helpful. They made an awful night a whole lot better.

Posted by Bob Pritchett at 9:55 AM | TrackBack