Sign up to hear about future projects from Bob Pritchett.

"I've watched companies such as Microsoft and RealNetworks grow to be powers in the industry. I've also started two businesses myself. Bob's advice is direct, accurate and honest. Even Bill Gates would have appreciated a copy in his early years! It's no wonder Bob has built such a successful business for himself, one which combines his personal and professional passions."

President and CEO of Faithlife 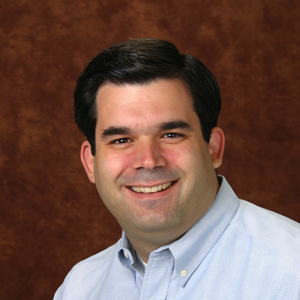 A third-generation entrepreneur, Bob Pritchett started his first business at age six. In high school he ran a software company that sold to the Fortune 500. He left high school early to attend university and at age 19 he left university to join Microsoft as one of its youngest program managers.

At 20 he left Microsoft to co-found Faithlife Over the years he has led his company through high growth, a nearly fatal IPO attempt, and back to solid, debt-free profitability. He's been invited to speak to industry and academic groups around the world and featured in publications ranging from the Whidbey News Times to BusinessWeek. He is a 2005 winner of the Ernst & Young Entrepreneur of the Year award, and was included in the Puget Sound Business Journal's 40 Under 40.

Bob Pritchett is married with two children and is President/CEO of Faithlife, LLC.